I've been holding off this for too long. Sorry! I had bad experience with acne since third year in university but it was the worst in 2011. In 2011, I went to Kiehl’s store at SEIBU Grand Indonesia Shopping Town to purchase treatment for my acne. I was being assisted by one of the very helpful and friendly Kiehl’s Customer Representative (KCR). The KCR suggested me to try some free samples first before buying the product but I decided to purchase the Blue Astringent Herbal Lotion so that the journey to the mall wasn't going to be a waste of time. The KCR gave me product samples of Blue Herbal Moisturizer, Blue Herbal Gel Cleanser, and Over-night Biological Peel. She didn’t give me the Blue Herbal Spot Treatment because they didn’t have the sample.

The Blue Herbal Moisturizer is packaged in 100ml (3.4 fl. oz.) tube priced at IDR 290k (± USD 30). The moisturizer contains of Cinnamon Bark Extract and Sodium PCA. Sodium PCA is said to be a humectant which helps preserve the skin’s moisture.

I tried the cleanser and moisturizer samples together with the astringent for only three days that's why I think that this is more like a first impression kind of thing and not a full review since I didn't try the product for at least two weeks. One cleanser sample could only be used for one application, while the moisturizer could be used twice if I didn't apply too much. I don't have a picture of the gel cleanser since I've used all my samples, but I still have one of the moisturizer. 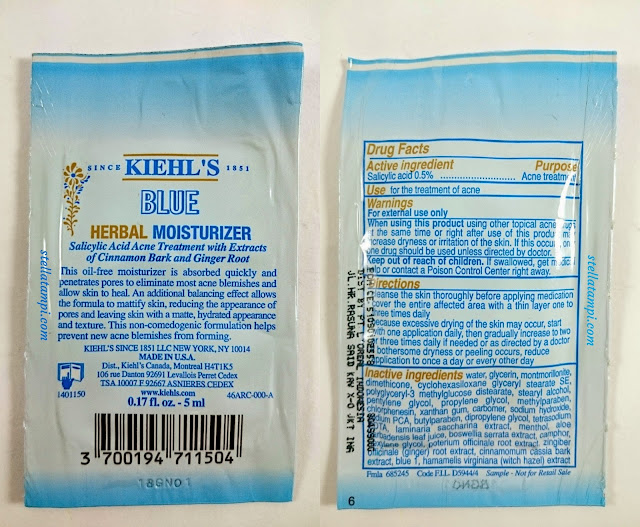 The turquoise-colored gel cleanser was rather thin in consistency. I thought it would be like a thick gel rather than watery. I dropped a lot of product when pouring it into my hand. It did not produce a lot of foam. Similar to the astringent lotion, it gave a cool refreshing feeling—a rather stronger sensation—when applied to skin. I thought it would dry my skin but it did not. Liked it! 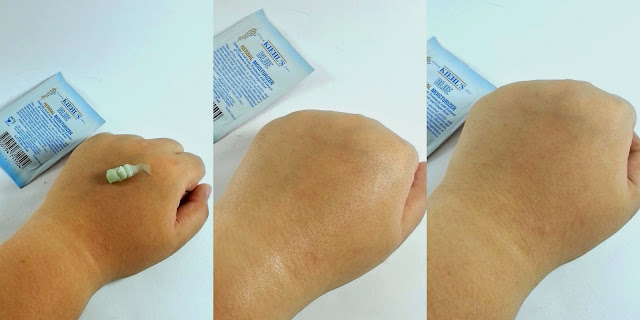 The moisturizer’s consistency was more gel-like. There was a sort of minty smell, very faint minty smell. It was quickly absorbed by the skin so make sure to spread it immediately. Just like the cleanser and astringent lotion, it felt cool and refreshing. Once it was applied and absorbed by the skin, it made my skin matte. I liked it at first. However, after only half an hour my skin began to produce more oil. I thought it was the hot and humid weather. So, I tried using it at night before I went to sleep but the same thing happened. The third time, I used it before a foundation only to find that my foundation rolled up and peeled as I was applying it. :(

I’m really glad that I tried the samples first before making a purchase. I definitely like the gel cleanser but I can’t say the same for the moisturizer. I’m currently using Neutrogena Oil-Free Acne Wash but I’m thinking of buying the Kiehl’s Blue Herbal Gel Cleanser when it’s finished.

By Stella Tampi April 02, 2013
I got it for free as a bonus when I bought Cosmopolitan Indonesia Anniversary issue in September 2012. I had never heard about the product before I bought the issue. So, I had to google it first. There were so many good reviews about this product. I started using this product last month since I ran out of my Olay Natural White All in One Fairness Day Lotion.

By Stella Tampi April 17, 2013
I’ve been holding off this review for a really long time. I kept this as a draft for far too long. Sorry! I had acne problems for years and tried so many products but none really helped. In 2011, my acne problem was worse than ever (thanks to Jakarta’s air pollution, stress and lack of sleep). So, I browsed on the internet to find the best skincare for acne-prone oily skin and many reviewers recommended Kiehl’s Blue Herbal collection.
Post a Comment
Show me more!